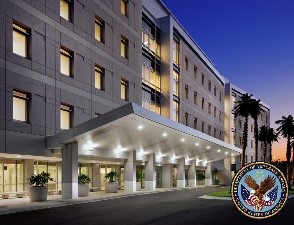 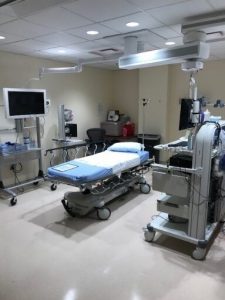 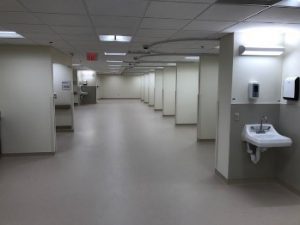 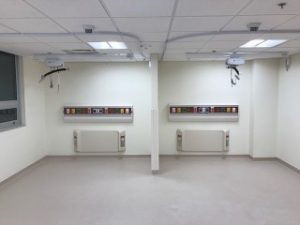 President Harry S. Truman initially approved the establishment of the Veterans Administration Hospital in Gainesville in October 1945. However, authorization for the construction of the hospital was canceled in December, and it was not until October 10, 1961 that President John F. Kennedy approved the construction of a 500-bed hospital in Gainesville, Florida. In 1962, the Administrator of the Veterans Administration approved the master plan for a new VA Hospital in Gainesville. The plan provided for a 480-bed general hospital to be located adjacent to the University of Florida. VA purchased 31 acres of land. Construction began on January 16, 1964. Gainesville VA Medical Center was dedicated On October 22, 1967. U.S. Representative, Olin E. “Tiger” Teague, D-Texas, the keynote speaker, said, “the Veterans of the sunshine state can be assured they are never forgotten men.

Advon Corporation provided the complete renovation of two existing patient wards, 3A and 3B, located within the Malcom Randall VA Medical Center, in order to construct a new Gastroenterology and Pulmonary Clinic, located on the third floor of Building Number 1. This project was phased to permit full occupancy of the facility during construction. Work included twenty-one (21) prep/recovery beds and eight (8) procedure rooms.

Advon Corporation prides itself on always doing right even when no one is looking. It is important that all of our clients trust that we will provide service that will always have their interests at heart.

Advon Corporations professional duties take precedence over our personal desires. Our clients must trust that we will always provide consistent service that put their interests first.

Excellence in All We Do

Advon Corporation has a sustained passion for continuous improvement and innovation that will always provide for long term accomplishment and performance. Our commitment to this value drives us to continue to listen and improve our services for the ever evolving construction industry.